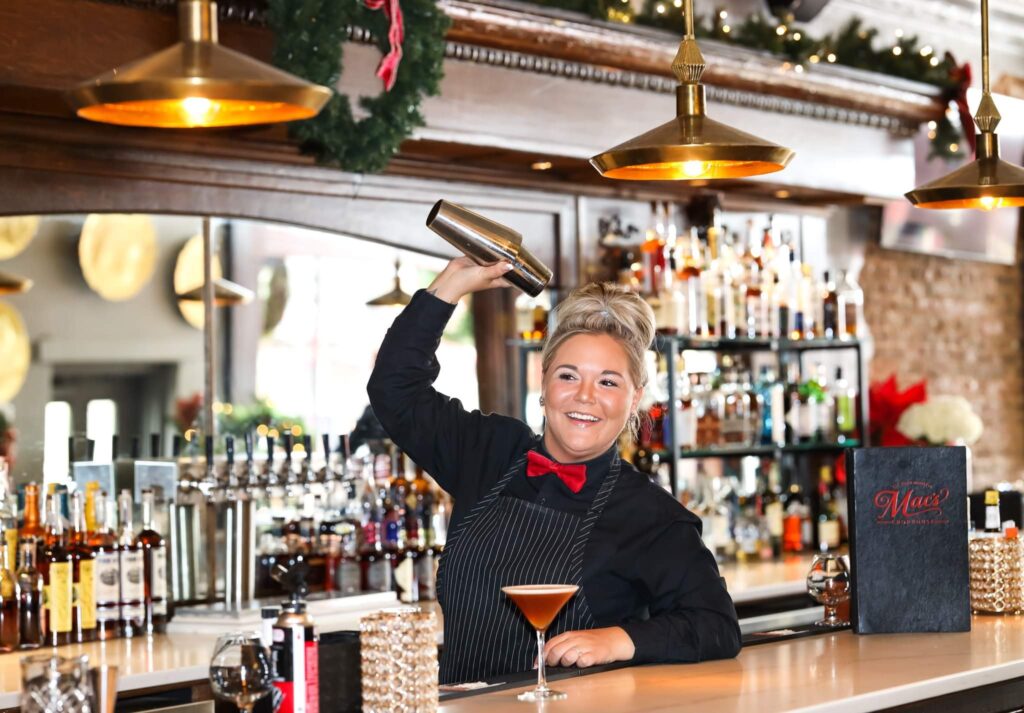 Everyone knows what a cocktail is: a delicious alcoholic mixed drink that is created by a combination of spirits and other ingredients like fruit juice, flavored syrup, bitters, liqueurs, and garnishes. There are many types of cocktails, and every bar puts their own spin on classic cocktails or invents new ones to add to the menu. At McCray’s, we love cocktails as much as anyone, and we’re here to share some fun facts about cocktails you might not know!

The word “cocktail” has an odd history

Like the origin of many other beverages, foods, and customs, the history of the word “cocktail” is a little murky. It’s debated, but many say that the term comes from when horse owners would use a suppository of ginger to make a horse “cock up its tail” to appear healthy and lively for a potential buyer. We’re not quite sure how the connection to the liquor-based mixed drink was made, but some suggest that it’s because cocktails perk people up, too.

The modern cocktail was invented in the U.S.

People around the globe have been creating mixed drinks for centuries, but the first written mention of the modern cocktail was published in The Farmers Cabinet in 1803. The first definition of what a cocktail is was published in 1806 in The Balance and Columbian Repository in Hudson, New York. Cocktails and their ingredients continued to evolve over time, and the drink was extremely popular in the U.S. in the 1900s until the rise of prohibition in the 1920s (though of course, the liquor beverage was still enjoyed on the down low and in parts of the U.S. that had not enacted the anti-alcohol laws.) The mixed drink saw a renaissance in the 2000s with a new wave of mixologists who saw crafting cocktails as an art form, mixing traditional cocktails with novel ingredients to come up with unusual, and tasty, drinks.

The first book about cocktail recipes was published in 1862

“Professor” Jerry Thomas published the first bartender’s guide, which included cocktail recipes, in 1862. While the book, titled The Bon Vivant’s Companion, referenced many types of mixed drinks, its 10 cocktail recipes were differentiated by the addition of bitters.

The Old Fashioned is the most popular cocktail in the world

The Old Fashioned is one of the most ubiquitous cocktails, made by muddling sugar with bitters and water. Whiskey or brandy are the liquor, and the drink is often garnished with an orange slice or zest and a cocktail cherry, and served in an old fashioned glass. This cocktail is often referred to as the most popular cocktail in the world due to its simplicity, mass appeal, and the availability of whiskey.

Americans lovec cocktails so much that they invented a day to celebrate the mixed alcoholic beverage. March 24 falls on a Thursday this year, so make sure you remember to raise a toast in extra appreciation for your favorite cocktail!

At McCray’s Tavern Midtown, we’re all about the booze. From cocktails on tap (whiskey sours and pineapple jalapeno margaritas, anyone?) to signature brunch cocktails like mimosas and Bloody Marys, we have it all. Paired with a varied and delicious food menu, our Midtown Atlanta bar and grill is celebrating the cocktail all year round. Come join us!