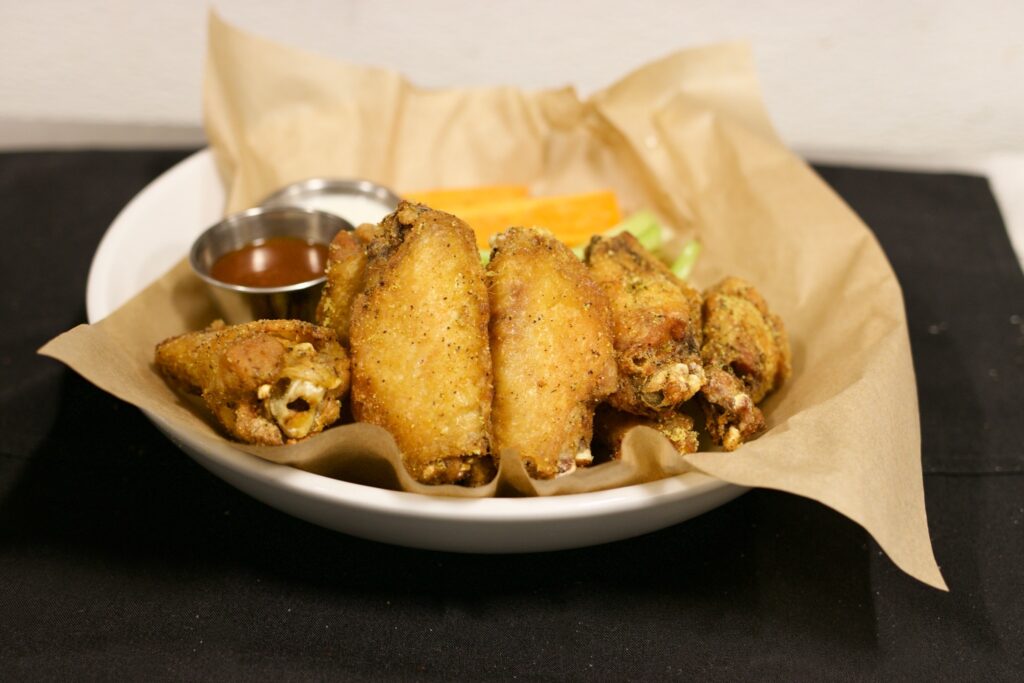 Whether you eat them plain, cooked in seasoning, or coated in sauce, chicken wings are a staple tavern food that is extremely popular in restaurants across America. Always delicious and occasionally quite messy, nothing is quite as finger-licking good as a classic chicken wing. Drums or flats, with BBQ sauce or cool blue cheese dressing, you can’t go wrong with this classic. To celebrate one of our favorite menu items, we’re rounding up three fun facts about chicken wings!

One of the most popular iterations of the chicken wing, Buffalo wings are said to have been invented in 1964 in Buffalo, New York by a woman named Teressa Bellissimo. Legend has it that Bellissimo, who owned the Anchor Bar in Buffalo, mistakenly ordered a case of chicken wings instead of a case of chicken necks. Prior to this, chicken wings were often discarded after a chicken was cut up, but Bellissimo decided to make a new dish out of the wings. She cut the wings into a flat part and a drum part, and deep fried them. Then, she added the signature hot sauce and arranged the wings on a plate with blue cheese dressing and some celery. The reception was extremely positive, and the rest was history!

The Super Bowl is a big Day for Chicken Wings

Nothing pairs better together than chicken wings and football. So much so that the National Chicken Council estimates that Americans ate 1.42 billion chicken wings during the 2022 Super Bowl. According to the council, those 1.42 billion wings could circle the Earth three times. If that’s not crazy enough, the council calculated that it would take Molly Schulyer, the world-record holder for eating 501 wings in 30 minutes, 162 years to eat all of those chicken wings (assuming she kept the same pace).

At McCray’s Tavern, there is perhaps no other item on our Lawrenceville Tavern menu that is such a universal crowd-pleaser as our jumbo chicken wings. Choose from mild, hot, lemon pepper, bbq, sriracha honey, thai chili, or reaper, and pick from ranch or blue cheese dressing. Served with a refreshing side of celery and carrot sticks, you’ll be wingin’ it in style!