Everything You Need to Know About National Tequila Day

If you’ve ever needed an excuse to celebrate Tequila, we’ve got it: July 24th is National Tequila Day! Below, we’ve got everything you need to know about the holiday and the drink that inspired it all.

Tequila may have originated in Mexico, but Tequila Day is all American. Mexico is all aboard to join the party though! Approved by their Senate last year to help promote the booming industry, Mexicans celebrated their first National Tequila Day on March 16th this year. 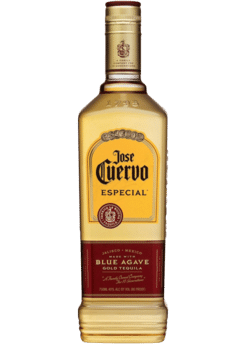 Modern tequila can find its roots in an ancient Aztec drink invented before the Spanish arrived in the 1500s. By the time Mexico was a colony of Spain, locals in the city of Tequila were developing a drink similar to their ancestors’. Made by fermenting the agave plant, the original concoction wasn’t a true tequila, but more like a Mezcal wine. Our modern version of tequila wasn’t created until the 17th century, when the Cuervo family was given a license to begin production.

In order to be called tequila, the drink has to come from Jalisco or select cities in four other states: Guanajuato, Michoacán, Nayarit, or Tamaulipas. By law, 51% of the drink must come from the blue agave plant. It can take 8 to 12 years before the blue agave is ready to be cut and cooked, and they can grow up to 7 feet tall in this time. But because the distillation process utilizes the heart of the plant, each agave is used up after harvest and has to be regrown from scratch.

There shouldn’t be a worm in your tequila bottle, that myth began as a marketing ploy, and maybe a bit of a machismo challenge. The worm you’re picturing is actually a moth larvae, and it was added to bottles of Mezcal wine in the mid-20th century to market the drink in America. Supposedly, consuming the worm would grant virility and increase the buzz from drinking, but there’s not much evidence for either.

Today, more than 80% of Mexico’s tequila is exported to the United States, where sales have doubled over the last decade. In fact, America is on track to consume more tequila than any other nation in the world, including Mexico!

More about the holiday and how to celebrate:

The origins of the holiday are unknown, but we certainly know how to observe it. After all, there’s only one way to celebrate National Tequila Day, and that’s by drinking with friends! If you’re looking for the perfect margarita, McCray’s Tavern offers the McCray’s Margarita, made with Jose Gold. In the mood for something different? Try The Dude, with Patron Cafe tequila and chocolate liquor.

Of course, nothing goes better with tequila than Mexican food! Try McCray’s Dos Tacos with pico and chipotle ranch, or the Matador, one of the best burgers in Smyrna, topped with spicy fried jalapenos.

National Tequila Day is the perfect opportunity to enjoy margaritas, tacos, and other great flavors from our neighbors south of the border. Spend this colorful holiday at your local Smyrna bar! Reserve your table today! 678.370.9112